Goodbye, Sarotti suggests a farewell, but at the same time marks a new beginning.

In October 2020, more than 40 artists and cultural spaces moved into the former Sarotti factory in Berlin-Tempelhof. This is where the Sarotti company created one of the most famous German trademarks in 1918: A racist depiction of a Black person, designed in the spirit of the advertising strategies of the late colonial era. The recognition level of the Sarotti logo in Germany was 95% in 2000. Disguised as a "Magician of the Senses" since 2004, this and other racist, stereotypical and exoticising images of the colonial era continue to haunt our material everyday life, our supermarket aisles and department stores, as well as this factory building in Teilestraße.

How do we deal with the fact that the former factory – a new Berlin site of artistic production that we want to help shape – has "Sarotti" in its name? How can we make the omnipresent continuities of colonial structures visible, locate them in the district and discuss them with a broad public in the long term?

As an architectural representation of power and a colonial and neo-colonial self-conception, the former Sarotti factory becomes the site of this archaeological interrogation, revisiting the ghosts of its past. In exchange with Berlin Postkolonial e.V., Dekoloniale – Erinnerungskultur in der Stadt and artists from the building, soft power not only wants to acknowledge and evaluate this building’s past, but also to actively shape its future. The first artistic results of this joint exploration will be presented in the inner courtyard of the factory on 3 July 2021.

In exchange with
Berlin Postkolonial e.V. 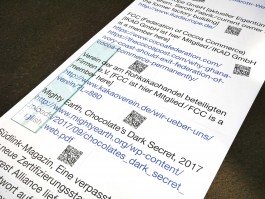 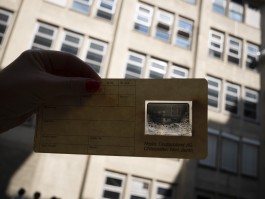 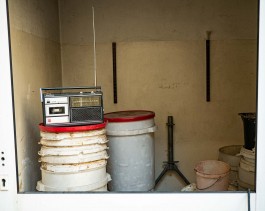